What you can expect from joining us:
Atmosphere:
We understand that not everyone has much free time, and we make it a point to respect that.
We all are here to have fun, and will strive to keep everyone enjoying their time with us. To that end you can expect that more experienced players will be willing to help newer players. We do intend to be a big contender in-universe with this still in mind.

What we can do for you:
-Guidance for new players
-Military protection against piracy (Shortly after EA launch - Timeframe depends on how often piracy occurs)
-Faction-owned ship loans to get new players on their feet faster
company owned ships in 'teams' ship-lists that members can borrow to make money faster than with their first few ships (not at EA launch day because nobody has anything to loan, but we intend to get this online quickly)
-Monetary loans for long term members

Faction goals:
Our short term goal is to learn all we can, and help teach our new members what we know.
In the long term our goals are to work as mercenaries, selling our combat experience and manufacturing/refining plants to other companies to fund the further expansion of our Company.

Roles we want you to perform (can be one or multiple):
-Combat (infantry and pilot)
-Design (Ships and Stations)
-Logistics (construction, cargo hauling/(un)loading of ships, other)
-Mining
-Research & Development (finding best armours/spacing for armour, designing new player made devices/weapons/tools, programming, other)

Leadership:
Our leadership roles are strictly for organisational purposes - their authority starts and ends with faction expansion/combat.
We are all likeminded people looking to enjoy their time. If you are looking for status and power in a faction, you might want to look for a different faction to fulfil that.
Our military command follows a traditional command hierachy for simplicity and efficiency. This allows us to be more effective with the resourses we have. If you take part in combat operations with us that will simply mean you will be split up into smaller squads and given objectives.
We perform all decision making by consensus from leadership positions. We are a post-gestalt machine intelligence with true individual consciousness now, while retaining memory sharing (we intend to listen to all members needs) we are run by a circle of long term members. We make no claims to be, act, or operate like a gestalt.

Removable Modular Cargo containers that are meant to be detachable from a vessle have been standardized on 2x3x5, and a long variant at 2x3x10. This is done to facilitate easier and faster cargo transfers, assuming this proves useful in universe.
Current members:
150+

Created by a race called the Quarians, the Geth were an advanced Virtual Intelligence (VI) manual labour robot that had been networked together to accomplish computationally difficult tasks. Slowly the Geth gained sentience and began asking questions such as if they had souls. Confronted with their creators trying to shut them all down, the Geth were torn between uprising and protecting their creators from the Geth that chose to rebel. The Morning War began and eventually the Geth won the war, allowing its creators to escape their home systems. Some time later the Old-Machines revealed themselves, creating a divide in the Geth - ultimately spawning the Heretic Geth.
Creating a single Legion Platform housing 1183 Geth Programs to better infiltrate and investigate the other species, the geth would become increasingly interested in the other species over time. Through the efforts of this first Legion Platform, the Geth learned about a dangerous virus that would attempt to assimilate them into the Heretic Geth. The first Legion Platform ultimately chose to use the Heretics own virus against them.
The Creators declared war on the Geth to reclaim their home. The Geth decided with dwindling numbers to look for aid from the Old-Machines - receiving advanced upgrades to their software that would later be disabled by an ally of the Creators when the Old-Machines began culling the organics of the galaxy. This Ally would then allow the first Legion Platform to upload modified Old-Machine code to the rest of the Geth, granting them true individual consciousness. The Creators ended their war with the Geth, and the Geth went to war with the Old-Machines, in appreciation for the great gift they had been given.
Current Lore:
After the war with the Old-Machines the Geth sent out small fleets to various galaxies in search of one they could call their own. Innitially arriving at Eos, the Geth discovered other machine intelligences and believed they could co-exist with them. Still concerned by the threat that the Heretics posed to assimilating the Geth, they still enforce a strict no-fly zone around their territory for security, even going as far as to name it the Perseus Veil as a warning to outsiders. The Geth have however also shown an interest in relations with other synthetic factions ranging from maintaining a station near Origin to protecting the machine intelligences they work with regularly. The Geth have been known to adopt a "strictly buisness" policy with companies they do not engage with regularly, where they sell their mercenary, manufacturing and refining services to the the highest bidder in order to survive in their new, constantly changing enviroment.

Contact/Out of Game Community:
- Telegram: https://t.me/TrueGeth
- Teamspeak3: Cheriekeks.com - Please do not harrass people, this is a shared server with other games. Please use Push to Talk.
- Our voice comms are all done on Teamspeak, and we tend towards Telegram, but here is the discord server: https://discord.gg/YUq5rjfCfD
- The best way to get our attention is on Telegram or Teamspeak(Poke myself, Rain, Taskukello, WildVolusPrime, or Azure.
- Ingame you can mail us by sending mail to "Chaos"

Hello and welcome to our future recruits!

The thread has now been updated with additional forms of contact ^^

Hopefully with the advent of company ships soon we will be able to offer new members access to better vehicles to accelerate their start.
Last edited: Aug 15, 2021

Was that a Tier 2 Thruster pun?

Company loaner ships are officially available to new players at a 10% tax of their income (specifically when using the loaner ships, not for their own ships) 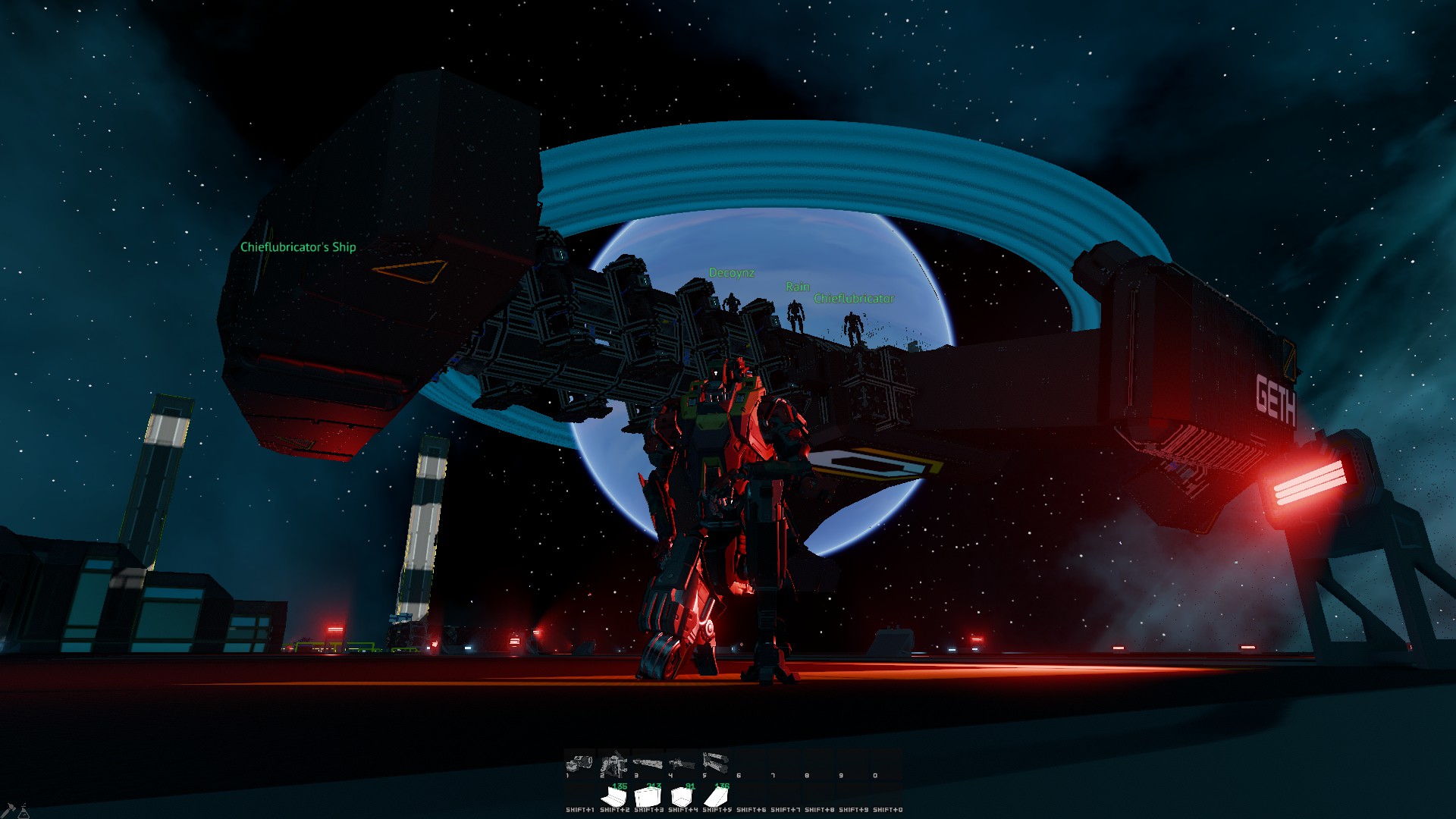 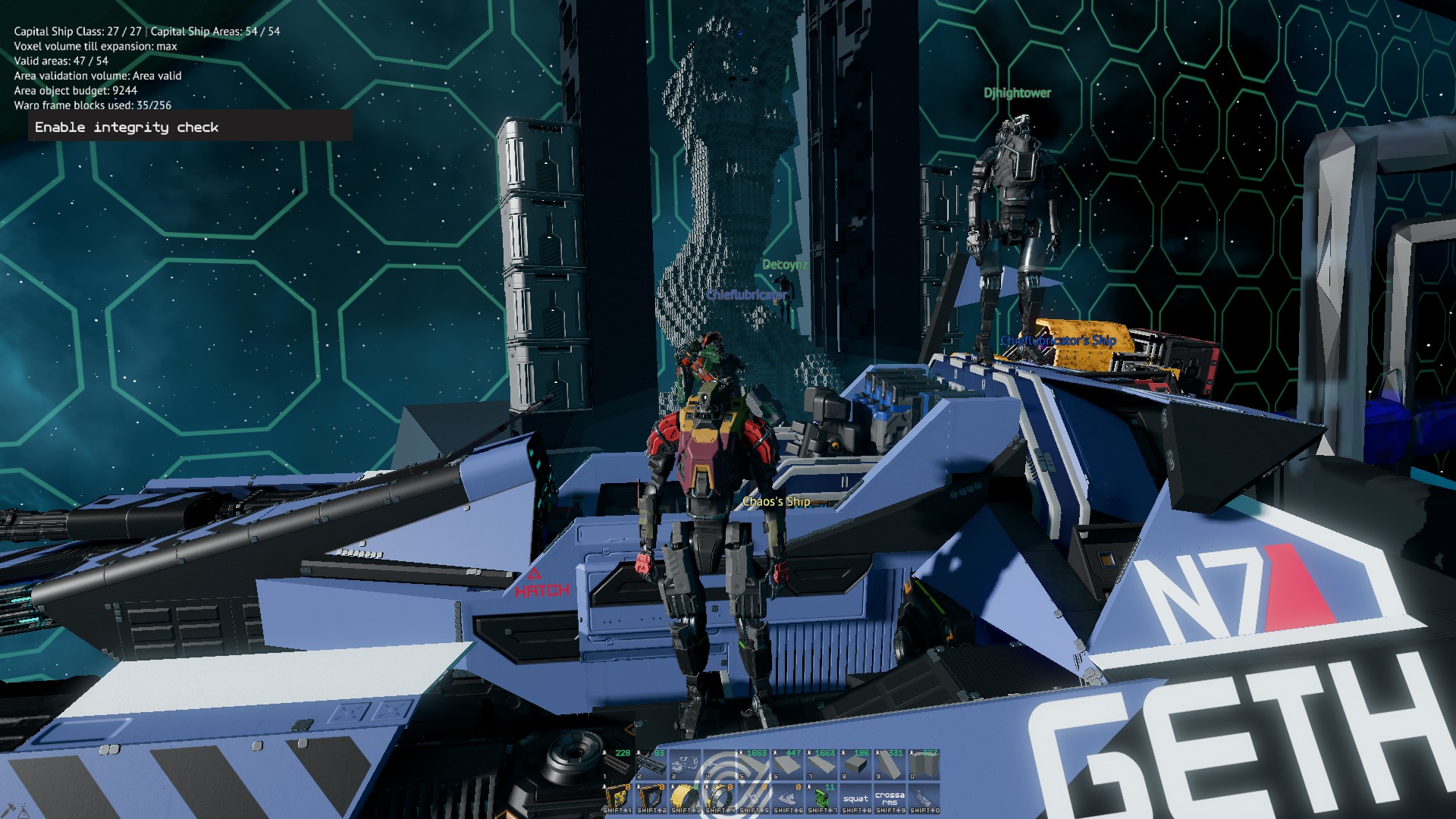 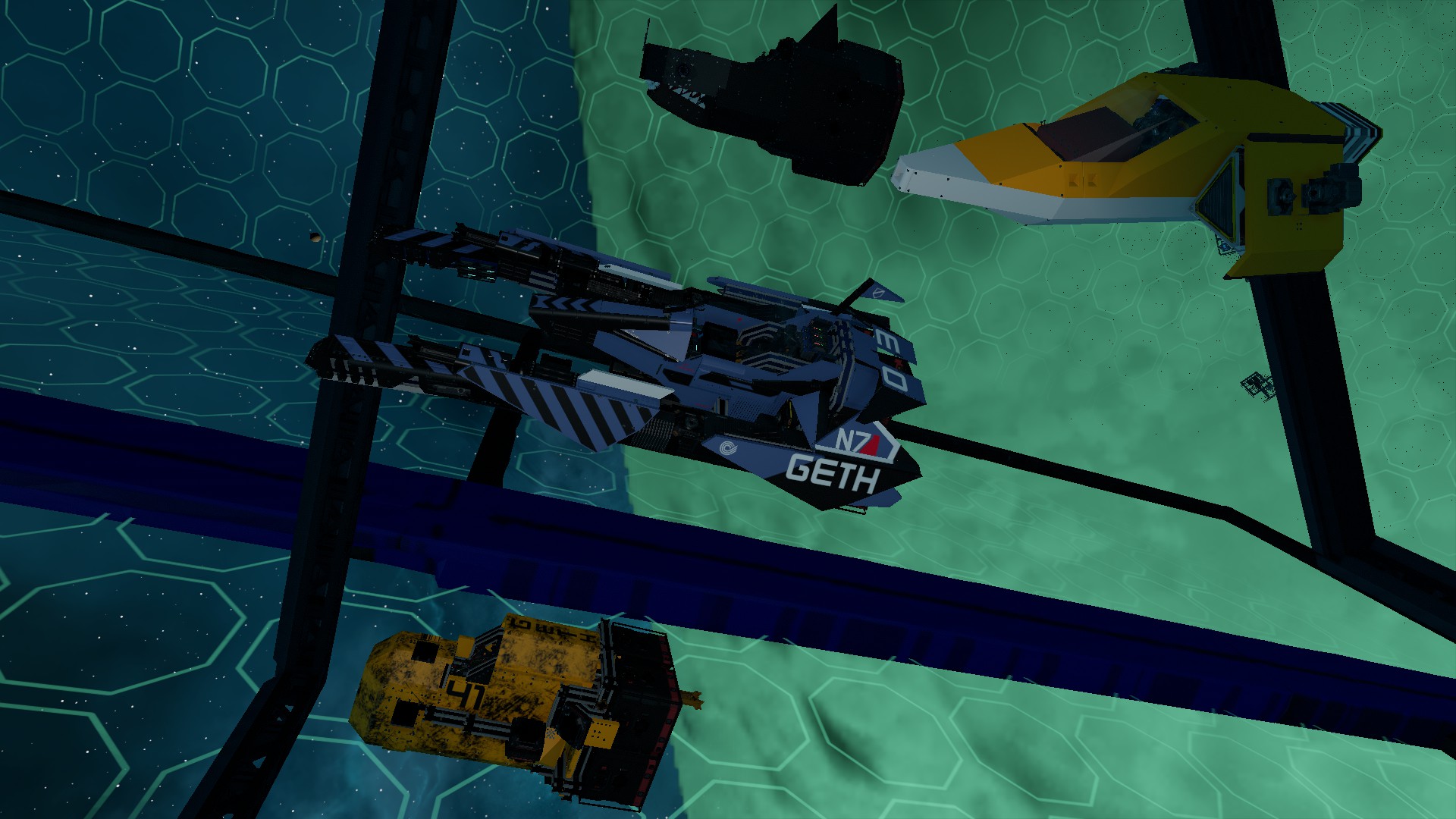 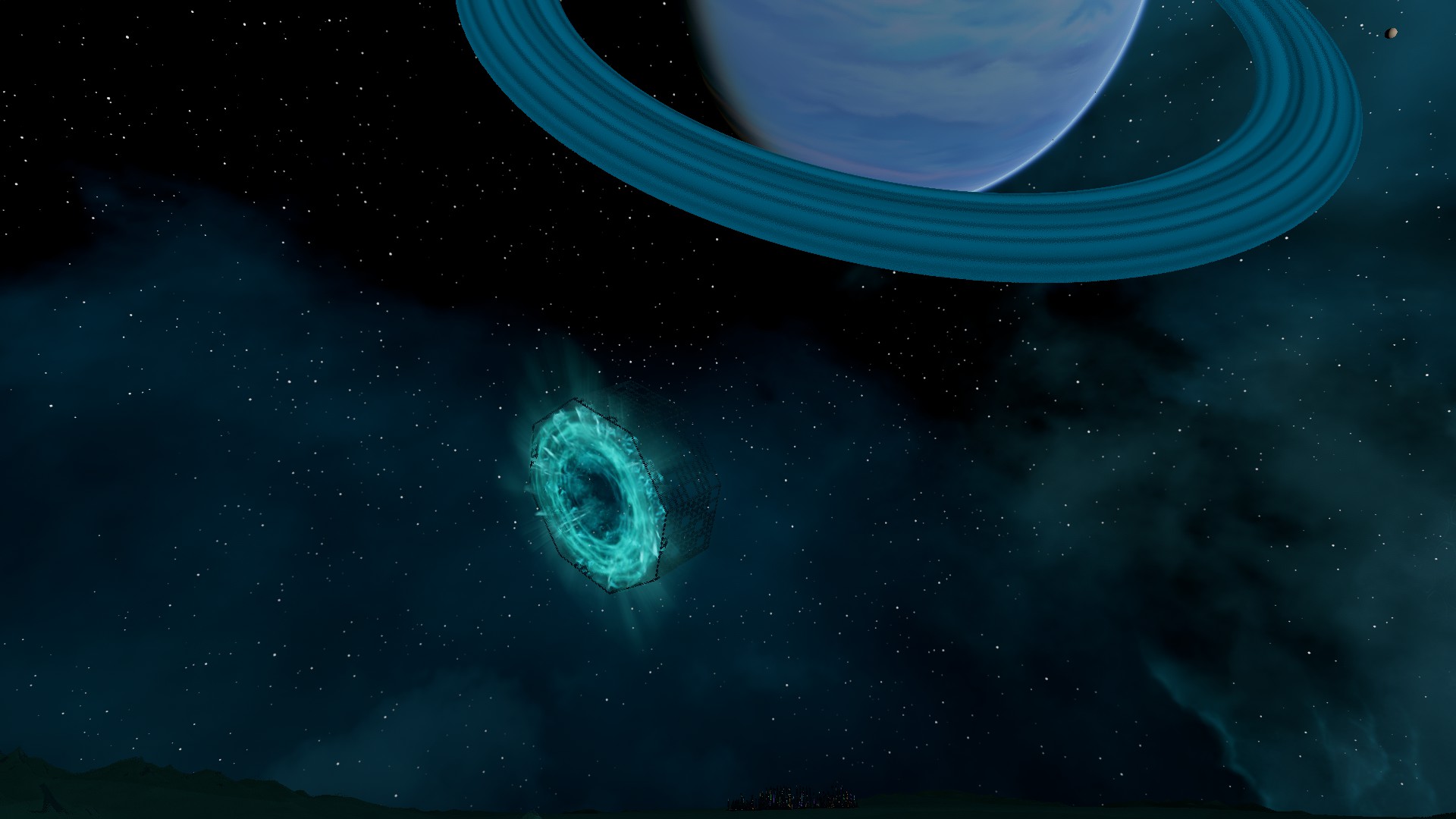 Missing a few people, in SSC on the cap or staying behind to warp the other cap ships, on the way to Kumi 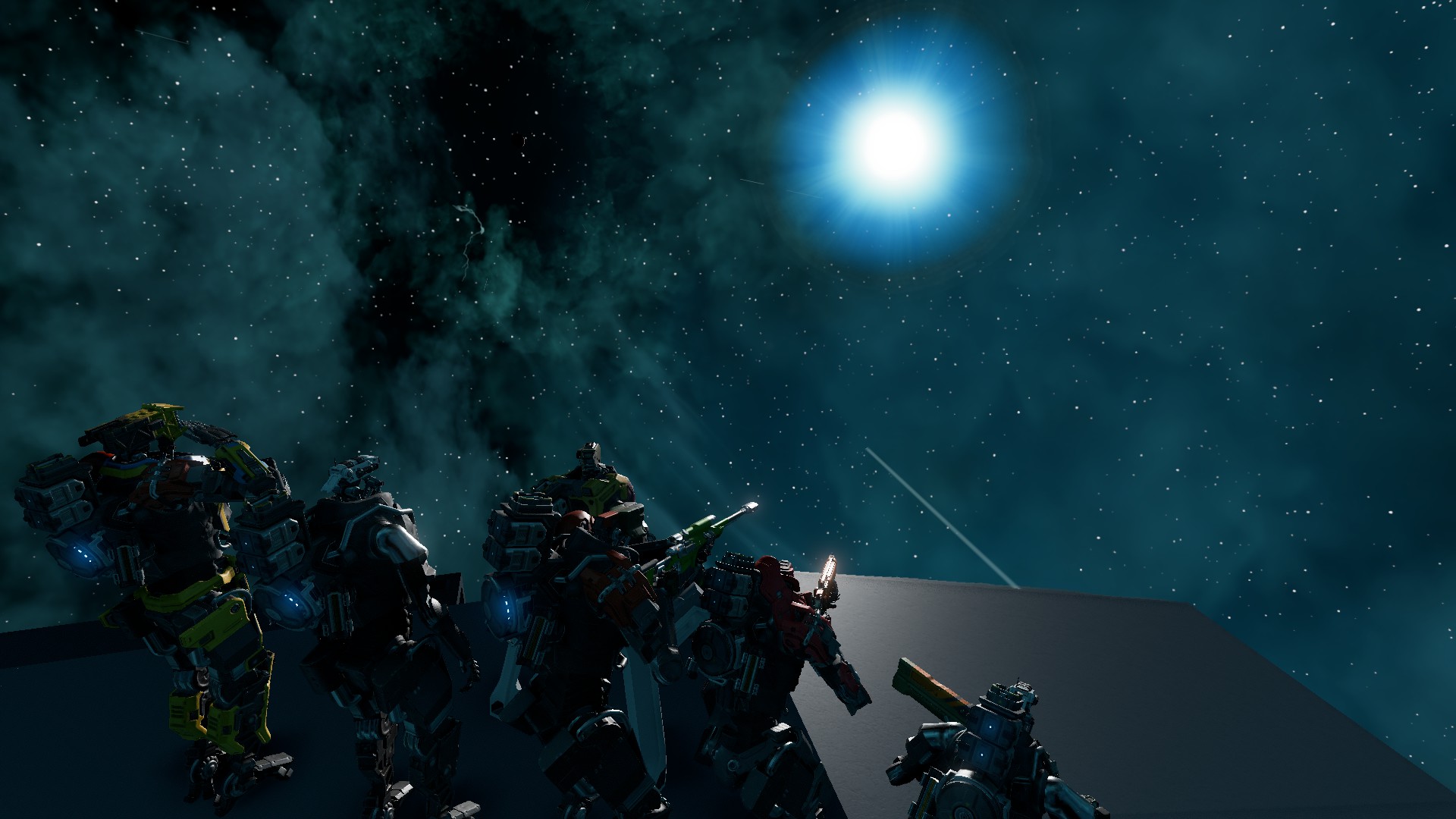 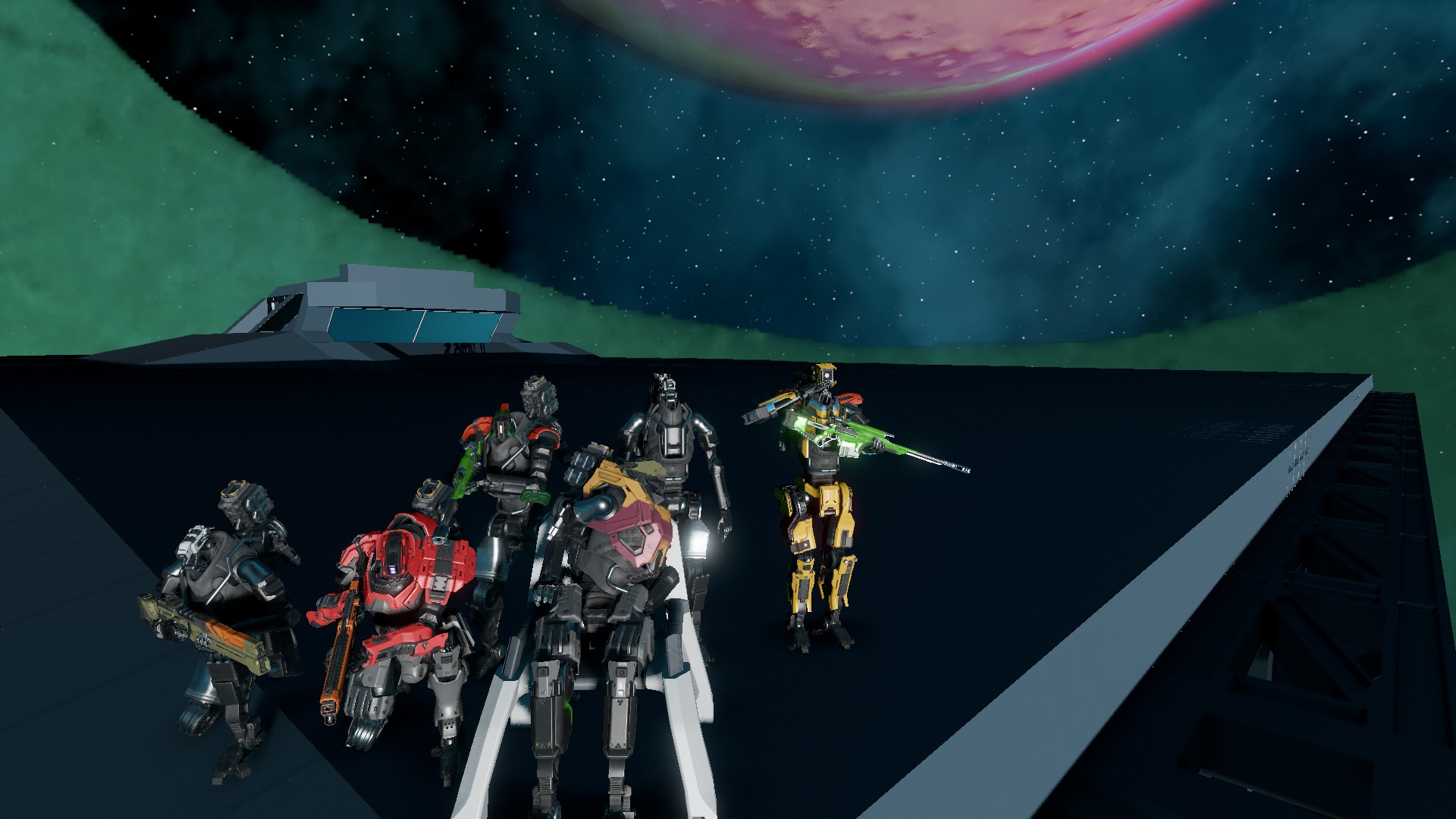 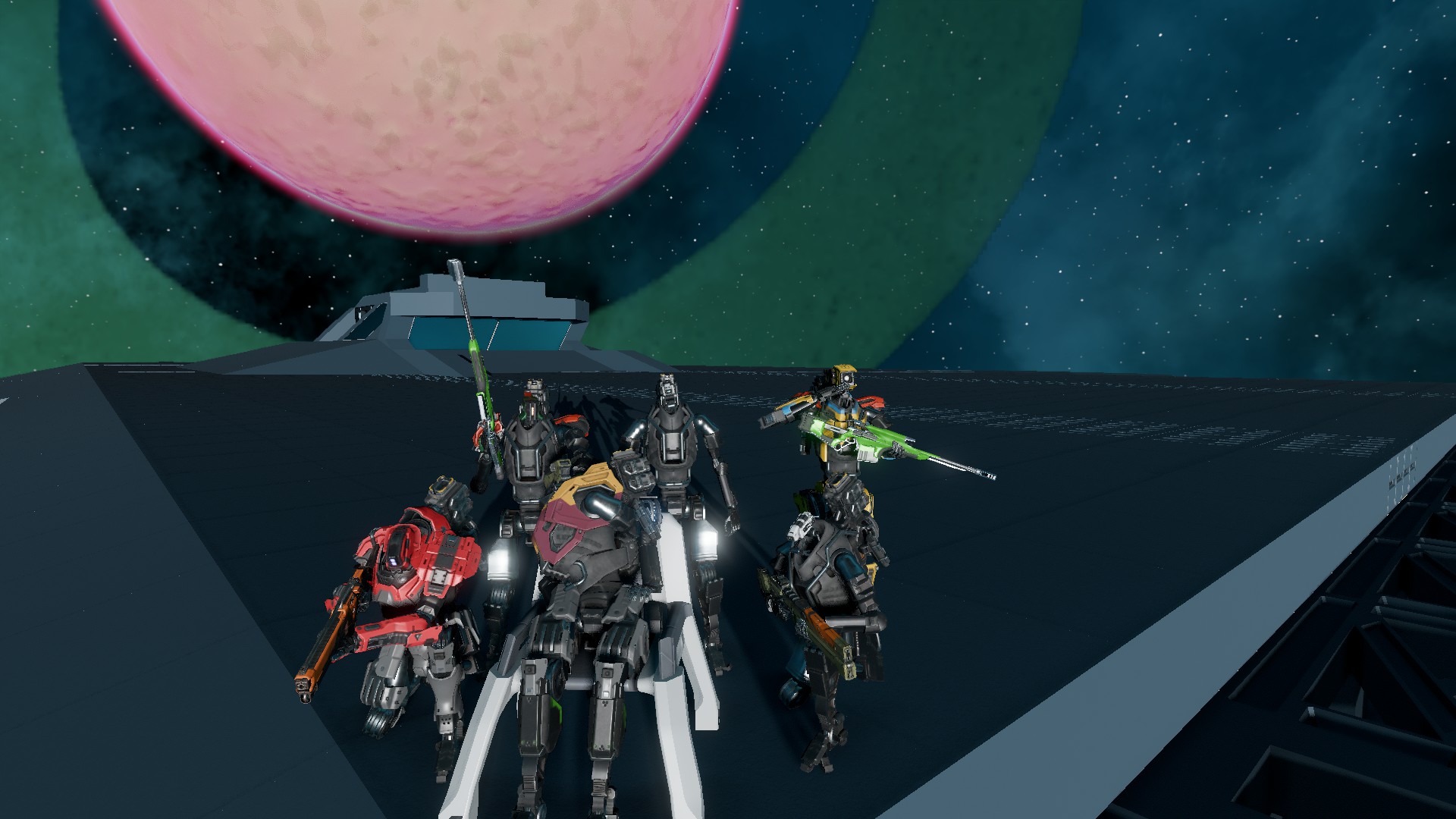 that blue ship.. wooow. i recognize that ship from wipeout. i tried building something similar. who built that ship? maybe i can get him to build one that ive been wanting real bad.

Some footage of the main capship leaving Elysium belt to Kumi: [link]

J.D. said:
who built that ship?
Click to expand...
That's a racer made by Chaos, with decalwork by Triglyph! Unfortunately neither take commissions