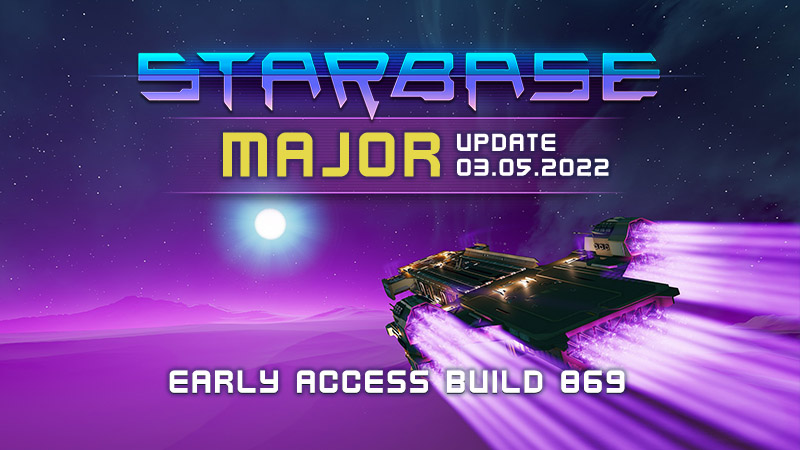 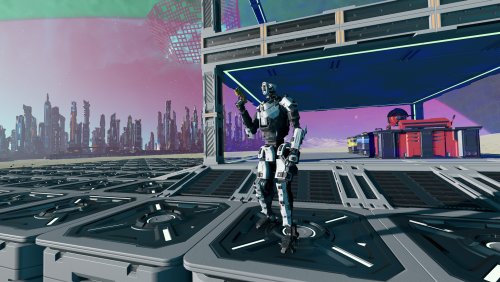 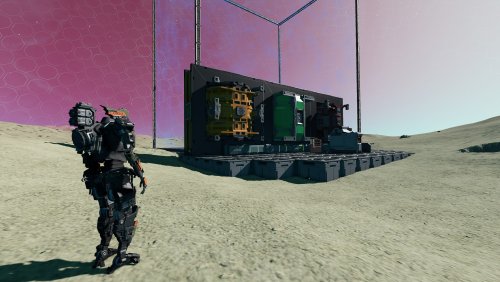 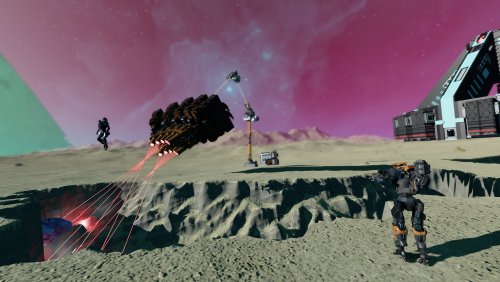 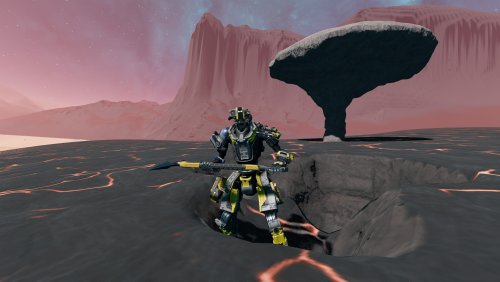 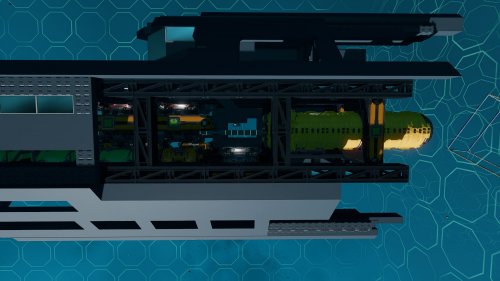 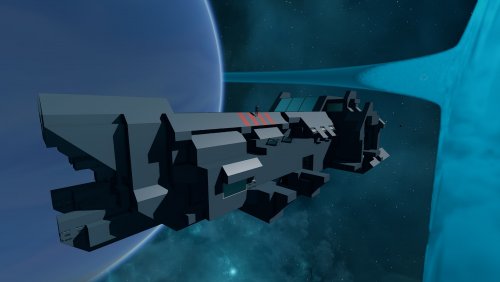 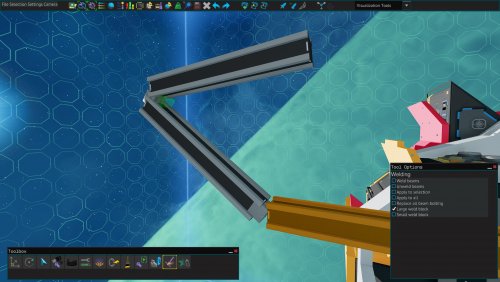 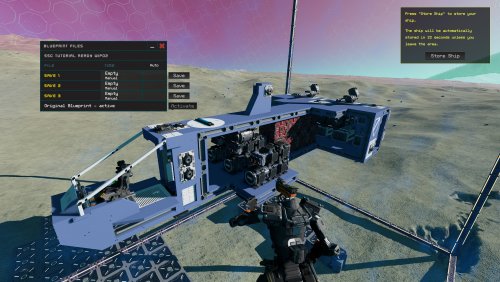 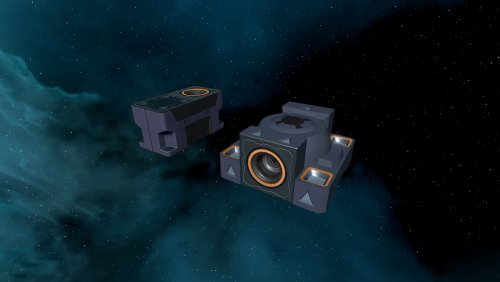 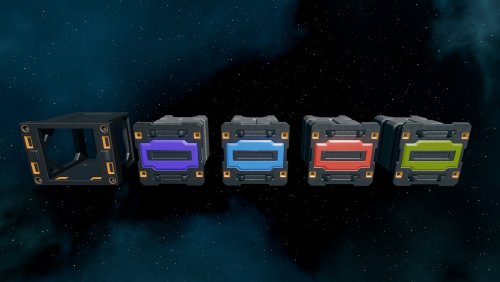 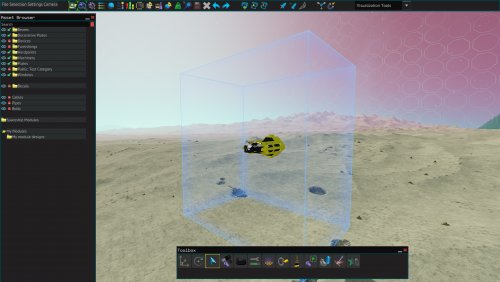 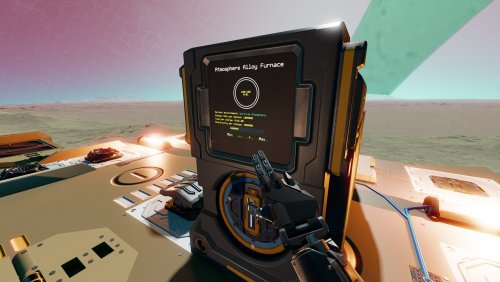 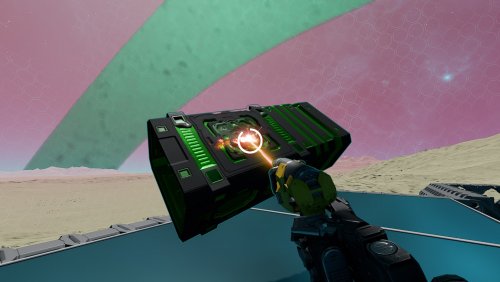 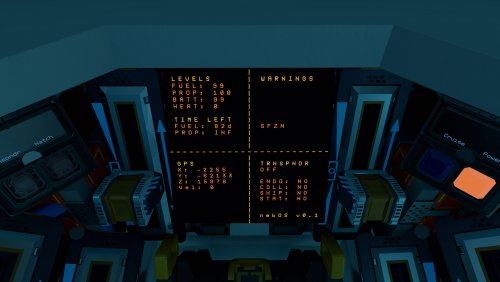 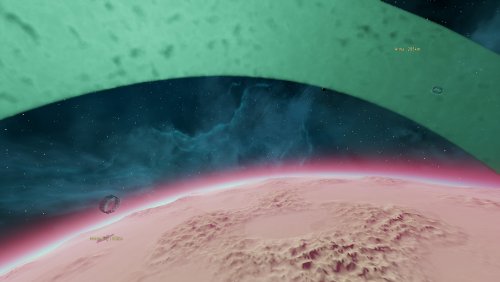 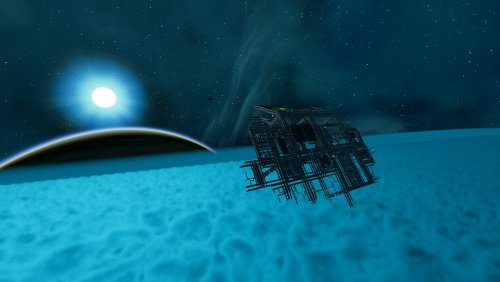 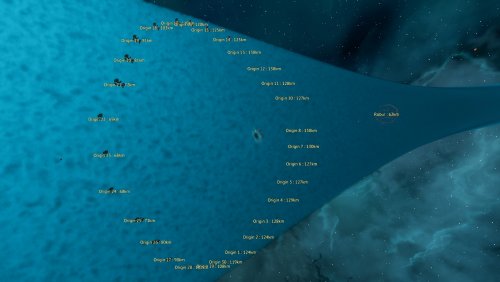 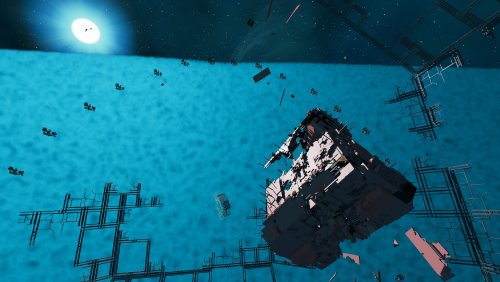 10 Flying Arrow, 16 Red Chains, 19 God Gives, 26 So Eager, DTX AELSA A, DTX ALFRIGG A, DTX BOMBURR A, DTX EYDAMA A, DTX FORNBOGI A, DTX FRIGG A, DTX FUNDINN A, DTX HEPTIFILI A, DTX HERETHA A, DTX JAGERFALL A, DTX JORDIS A, DTX SIGNY A, DTX SVAFA A, DTX VANA B, DTX HANARR A, DTX VEGGR A, DTX VOLSUNG A, DTX VOLSUNG B and DTX VOLSUNG C

Frigg B
DTX KVASIRB A

Thank you devs, hope you can come back to us soon, from everyone in the community, we salute you! o7

Oh my, that is one hell of an update... Awesome!
Thanks to all of you, and hope you'll be able to get back to working on SB at full power soon! ^^

Lets hope we see more of that once you can go back to it.

omg, here it is

KaiFB said:
with infinite height
Click to expand...
moon base here we go

and so much more, I don't even know where to start...
now I only need time to get started...

and well, good luck with further developing the game, wish you all the best

how in the world do you make the station recon machines work? i still dont know how

Huh interesting :hmmm:, let's hope like others have said you return to full force development after this
Lovely stuff tho<333
o7

How will ship shop updates work after this? I have a lot of ships I need to update thanks to the new manual welds.

How do i update blueprints that are exclusively designed in the editor? Been waiting on this feature patiently because the update makes all my enhancers invalid, i was counting on being able to update the blueprint in the editor where i made it and "repair" the copys i have in the game to the new updated blueprint, Is the only way to update them now to literally by hand ingame?

Thank you devs, I thought you had given up on the game! <3

Since we - including the possible returning players - need to refit all our ships with heatsinks we need this:

-Every existing ship prior to the update those aren't stored in a dev station (like origin) receives a 1 time only free tow ticket no matter where or how far the ships are.
-Every existing ship prior to the update receives a 1 time only free reassembly ticket to reassemble the ship to a chosen blueprint. You only have to pay for extra parts if you don't have them of course. The ship must be fully repaired before being able to use the special reassembly ticket.

wyattmoon said:
how in the world do you make the station recon machines work? i still dont know how
Click to expand...
i had some discussions on that in #station-design on discord if you scroll a bit up, should help with getting those to work. Basically same as on capital ships.

Kodey said:
How will ship shop updates work after this? I have a lot of ships I need to update thanks to the new manual welds.
Click to expand...
just use https://sb-creators.org/. Stop wasting dev time updating player ships. In the long run the shops should be a building that players can craft on their own station and update the stock themselves.

Naija said:
just use https://sb-creators.org/. Stop wasting dev time updating player ships. In the long run the shops should be a building that players can craft on their own station and update the stock themselves.
Click to expand...
But that doesn't work well if all we want is other player fly our creations for free. I have ships in the ship shop. I don't want to share my BP with everyone though, that ship shop suit my purpose. It is sad that they struggle to keep it updated. If devs don't have the time to do it why not let someone from outside the company do it?

Naija said:
just use https://sb-creators.org/. Stop wasting dev time updating player ships. In the long run the shops should be a building that players can craft on their own station and update the stock themselves.
Click to expand...
That’s not what I’m asking, sorry about that. Let me be a little clearer.

I am trying to ask a question about how the recent news will affect the way Ship Shop Ships are updated. Since I almost essentially own one of the ship shops, I want to make sure my ships can work now. The biggest reason for this would be the addition of manual welds, which I’ve been waiting for approximately twenty-eight million four hundred twenty-five thousand and six hundred seconds to be added.

I would also love to say that this inquiry (see initial comment) was mainly addressed to the devs, however, I would also like to say that if another player knows anything I’d be happy to have their knowledge known to me.

Before I conclude mine own response, I would like to sayeth your whilst thy answer, 'r as some would speak, thy reply, wast most an answer, oh the woe, thy didst not prop'rly answer to mine own inquiry to the devs (also known as developers). I appreciate an attempt at assistance, and whilst thee has't valorous intentions, t'was ultimately not helpful. Thank thee, howev'r.