Obviously ships can potentially run without a transponder. My suggestion there is make the engines of a ship register as an unknown transponder when active. Possibly even list the number of engines or size of them, but no name or other identification.
This makes it harder, but not impossible, for ships to run totally undetectable. It would also be fairly easy to make a large ship look like a small ship by limiting the number of engines running.
Also adds the possibility of a stealth engine type to be introduced, one that doesn't get detected, but is much slower than conventional engines.
Alternatively, add a way to 'run dark' with normal engines that dramatically increases the heat output that the ship needs to handle.
Idea being that the heat is easily detected, but if the heat is dumped into the ship rather than space, it hides the ship on sensors, but with the risk of overheating the ship.

I like the idea of a scanner type device that can detect engine heat or exhaust trails, like the IRST on Su27...but not engines sending out manufactured signals like a transponder.

Tracking the heat exhaust is essentially the idea of it. The Unknown transponder mechanic is just trying to think of an 'easy to implement' way of doing it.
After all, space is cold and largely empty. As soon as something heats up, it is essentially an IR beacon to anything that can detect it.
A specialised sensor required to detect them would be ideal, as it doesn't really make sense for a ship without a sensor array to be able to pick up IR signals. 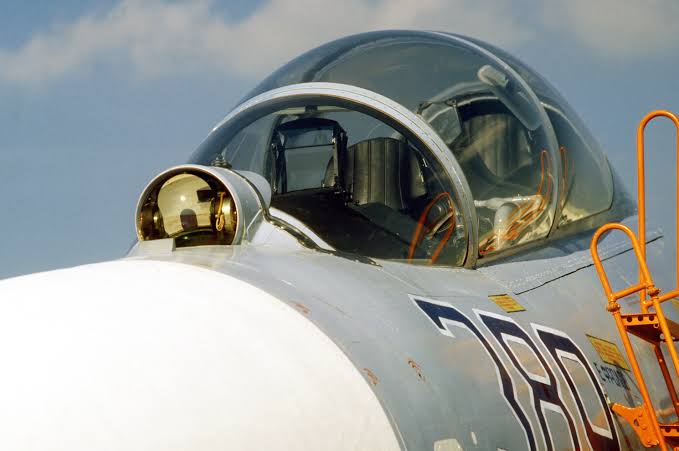 Brushes said:
I like the idea of a scanner type device that can detect engine heat or exhaust trails, like the IRST on Su27...but not engines sending out manufactured signals like a transponder.
Click to expand...
How a thing works in code, and how the real world inspiration works are often very different. Its all in how to make it work. So, an easy way to code the intent, is to show that there are active engines somewhere and no connected transponder.

You'd have to have a set of code that aggregates thrusters on a ship into a single "thrust signal" and also attaches the transponder code to that signal for the detecting device, otherwise the device has to look at every possible signal, codewise, and bundle things actively on its end. So, it's probably easier for this idea if the game engine creates a single signal/signature for each ship with the various factors (transponder, thrust, heat, etc) included into a single 'virtual device' that detection gear then picks up on. Codewise it's very different from having every single device separate and individually detectable, but to the end user looking at their scanner it shouldn't matter much- the engineers designing detection yolol code will also have an easier job, not having to design and program signal aggregation code (and all the extra devices that would need) on the slow-ticks of yolol.

I like the idea of ships in the game having a heat signature this would possibly incentivize players to tune their ships to run as cool as possible to not be detected if they want to avoid it. It could also make it possible to have heat seeking missiles/torpedos that always follow the hottest thing in predefined angle ahead of them. this could be countered either by a type of flare launcher, or by outmaneuvering an enemy as to get their own missile to latch onto them if their ship runs hotter than your own.