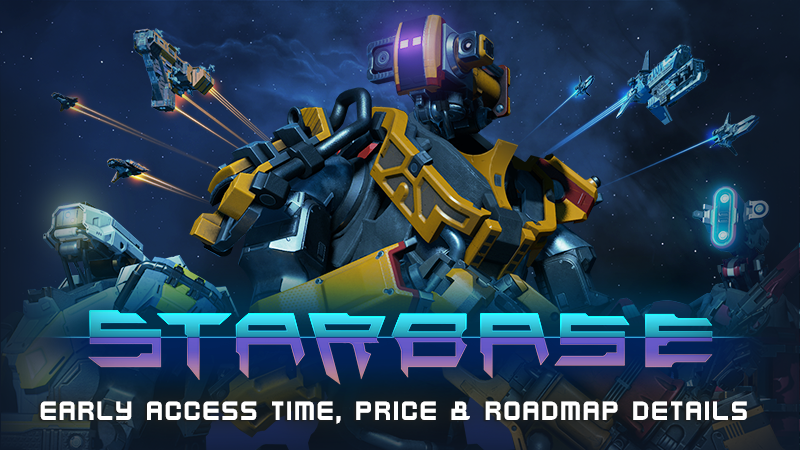 When Early Access begins, the Starbase universe will be a blank canvas ready to be populated. While many new core gameplay features such as the tech tree, crafting, ship easy build mode and station easy build mode will be available on release day, we want to be clear about the state of the game at launch. Starbase launches into Early Access in a clear alpha stage, however the core features are well established and there's fun to be had for sure. Now is the time to finally open up Starbase to a bigger population and see how everything comes together. The scale and scope of the game will quickly start to show as we update more massive features to the game every two weeks in August and September, like Capital Ships and Station Siege mechanics!

Many important gameplay loops are coming to Starbase shortly after launch. The idea behind the major content updates is to ease players into the big new features, and by introducing them a few weeks apart with planned dates announced, everyone will have time to prepare for their arrival.

Details about the August and September updates, as well as the whole 2021 Roadmap can be found below.

The Next Major Updates: 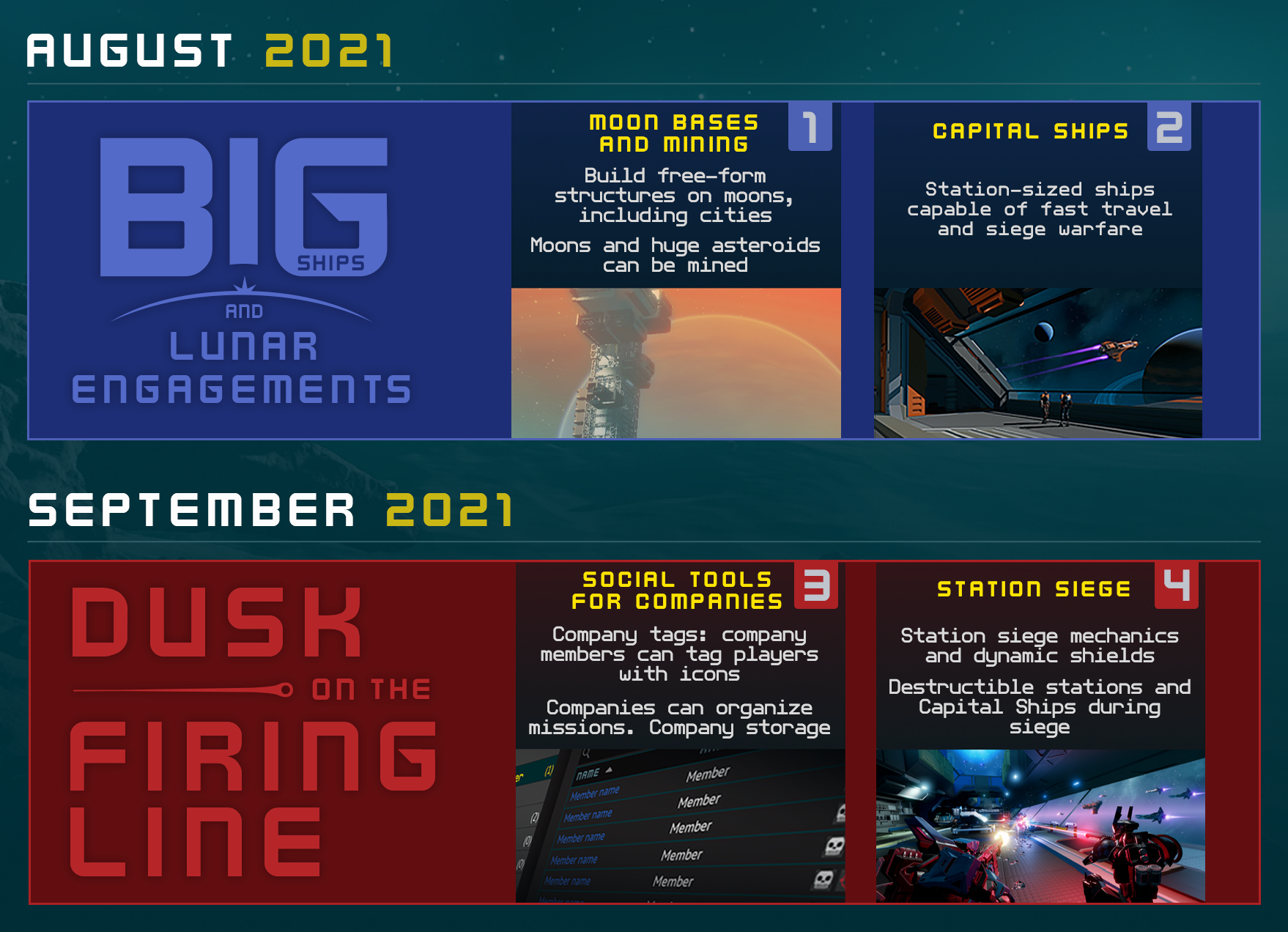 After a short period of tranquil mining, ship and station designing and building, as well as relatively small scale pvp engagements, the post-launch period will quickly start to heat up. The August updates will introduce Moon Bases & Mining and the massive-sized Capital Ships, while the September update that introduces Siege Mechanics will send the world into full-scale calamity, as player stations will become fully destructible and capturable. 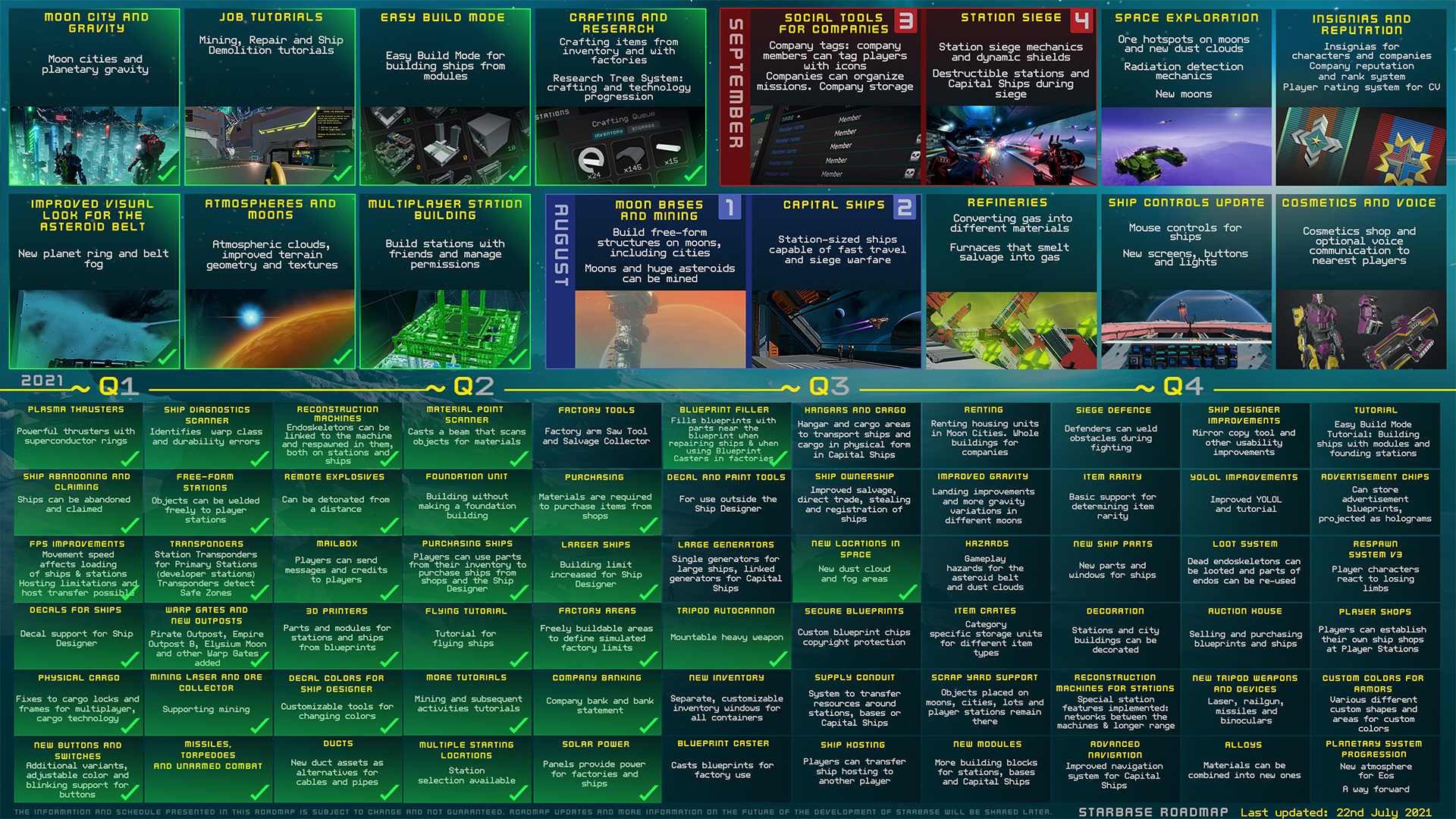