How much does it cost to build a Capital Ship?
Capital Ships are expensive and will require a lot of materials. However they also come in various sizes. We estimate Capital Ships will be at least 10x more expensive than stations (maybe even more).

Warp charge up time
Warp will charge up server-side, meaning that players do not need to be present for the charging process. (Some limitation may be added later so at least one member of the Capital Ship crew must be present, but right now this is not a requirement.)

Warp warning to defending station
Both attacker and defender will receive the same warning of impending warp. Defending station (or other Capital Ship) will get a warning and timeframe instantly when the attacking Military Capital Ship has set its course and is charging up (which may take 48-72 hours).

Joining a war zone
Players do not need to be present for the chargeup/warning time. Players on both sides can log in just minutes or even seconds before the warp is initiated, and they will be able to warp with the ship. Defenders on the other hand can join just seconds before the warping Military Capital Ship arrives.

Civilian Capital Ships can be used for mining and as a "homebase" for safe gaming. However, ships that leave the Capital Ship's safezone are vulnerable and can be attacked by others.

Civilian Capital Ships cannot warp to a war zone - however they can warp nearby, and then use smaller ships to venture out (for e.g. salvage).

The war zone is also going to be quite large - using Civilian Capital Ships for military purposes will be quite inefficient due to the general limitations and the size of the war zone.

What happens after battle?
Once a battle is finished - meaning one of the Capital Ships (or station) is destroyed or conquered, its safezone will return with a time. The time will most likely depend on the time the safezone was disabled (i.e. how long the battle lasted).

How will Capital Ships choose where to warp?
This will be decided and announced later.

With the civilian capital ship's safezone, can anyone "tag along" for a jump (assuming you leave the hangars open) or do they need to be a part of your group etc?

my question is, WHY?

surround your station with Civilian Capital Ships and you cant be attacked?

Happy Fox said:
With the civilian capital ship's safezone, can anyone "tag along" for a jump (assuming you leave the hangars open) or do they need to be a part of your group etc?
Click to expand...
AFAIK the safezone acts as a shield/barrier and can be configured to not allow non-grouped members, for example. I suppose it can also be configured to allow anybody.

hawksfield said:
surround your station with Civilian Capital Ships and you cant be attacked?
Click to expand...
Hah good question. This is related to multiple mechanics such as siege, so we'll probably decide/announce later.

_Odik_ said:
my question is, WHY?
Click to expand...
I've got some info from Lauri:
1) Civilian Capital Ships will have a pretty lax "warp window", so basically warp at your leisure pressing a button.

2) Military Capital Ships however have a very tight warp window, e.g. 10 minutes or so, after which the ship will warp if the player didn't press a button. These will be revised once they are in the game and we see how they all work, but with Military Capital Ships we want to make warping "fair" to both parties - the defenders will get the information of the time and can prepare accordingly.
Last edited: Apr 29, 2021

Quick question. will we be able to design and build the capital ships from scratch?

EDIT:
Second Question: I heard stations with dynamic safezone for combat. does this mean we could build defense stations filled with weaponry. like defense stations. Like the star wars golan III platform 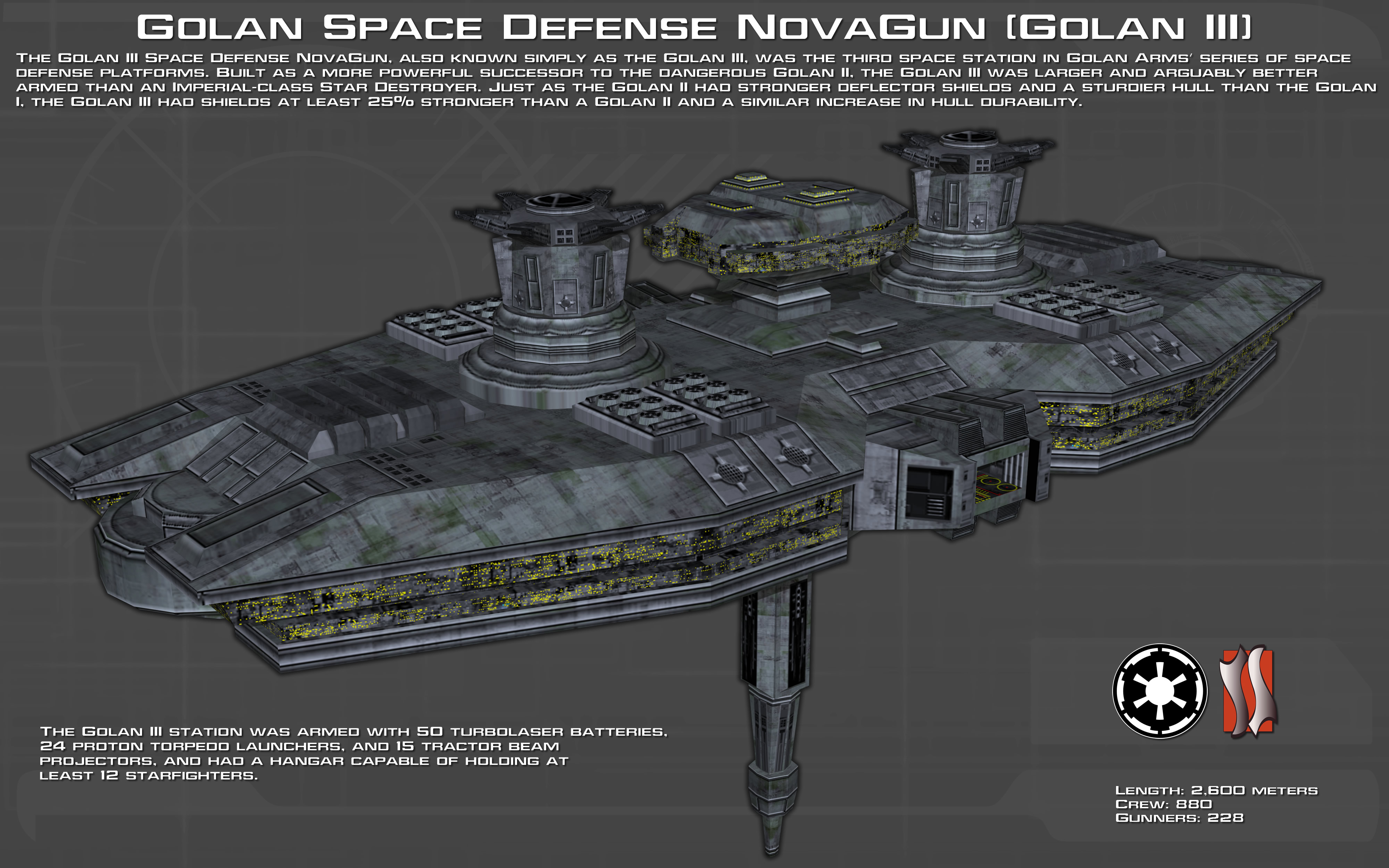 if i have a station with a faction, and a Civilian Capital Ship parks outside or close, and is the platform for greefers, how do we remove this threat?

We'll have a Siege Mechanics feature video at a later date that will explain more of the intricacies of Capital Ships and the Military/Civilian use. Defense stations with station weapons is also something that will have more answers in the near future.

But yes Capital Ships can be designed from scratch as far as I know.

also will there be a max size for capital ships. as we in my faction kinda want to build ships on a 1 to 1 scale somehow. xD so for example will it be like a max length of like 8 kilometer or will we be able to go as large as we want. as we want to build the phalanx which is much bigger then one of the biggest battleships in 40k. which is 8Kilometers long ;p

With civilian capital ships being indestructible and movable home bases, what reason is there for players to build stations at all, apart from a possible cost factor?

Croomar said:
With civilian capital ships being indestructible and movable home bases, what reason is there for players to build stations at all, apart from a possible cost factor?
Click to expand...
possibly passive income, recruitment, resupply stations. Unless you will be able to build ships on capital ships. I do agree with you xD

Croomar said:
With civilian capital ships being indestructible and movable home bases, what reason is there for players to build stations at all, apart from a possible cost factor?
Click to expand...
Cost. They stated that capital ships will be between 10 and 1000 times more costly for the same size. That's like saying 'if I could get a Rolls Royce limo, why would I ever buy a Honda?'

What is the Minimum size requirement fit military or civilian capital Ship?

MyrddinE said:
Cost. They stated that capital ships will be between 10 and 1000 times more costly for the same size. That's like saying 'if I could get a Rolls Royce limo, why would I ever buy a Honda?'
Click to expand...
Right, that's why I said apart from the cost factor.
As I see it right now, if you pay a bit more, you can essentially get a permanent, indestructible and movable station instead of a vulnerable static one.
Is that correct?

Awesome!
> "And you cant use a civilian capital ship to go somewhere inside the asteroid belt"
What about a military one? If this is to prevent easy mining, can't you just load a Mil-CS with miner ships?

Overall it sounds like Civ CS are ripe for military abuse with their indestructable safezone. Also if any solo can make their Civ CS, it should be easy for anyone (especially big groups) to scatter endless safezones around wherever it's beneficial. Spread them around one's station to become insiegeable.

Also, economically speaking, since CivCS is indestructable, permanent and affordable for solos, they sound like they are easily affected by inflation in value, to the point one can casually gift a dozen CivCS to newbies.

Can a Mil CS warp next to another Mil CS to "siege" a Capital Ship in open space rather than a station?

Is there a size limit to stations greater than Civ Ships? Is it possible for a station to arrive at a size where it's literally impossible for a Mil-CS to be big enough to siege?

Is there ever any point to owning a station lot once you can afford a CivCS?

The scale and concept of this is very cool, but I fear Civilian Capital Ships specifically provide way too many options for their 100% permanent invulnerability anywhere in space.
Last edited: Apr 29, 2021

the more i think about this the more i believe this kills this game. the best game play will be at the start without these ships around, but when they become more common this will suck. no risk movable ships... this is supposed to be starBASE, not starship!

JoelFB said:
Warp distances
Current numbers for warp minimum distance is 5,000 km and maximum is 50,000 km.
Click to expand...
What's the reasoning behind the minimum warp distance? It seems much higher than most distances players would travel in the belt, and would probably just end up with people warping twice to get to wherever they want. EDIT: Question was about outdated info, so it's now irrelevant.

JoelFB said:
Once a Military Capital Ship has locked warp and the countdown has started, the war zone is "locked" and civilian ships are prevented from entering the zone.
Click to expand...
Does this also lock the warp time for the military capital ship or will the owner be able to cancel the charge up? (which would result in fake warnings)
Last edited: Apr 29, 2021

Captain-General Kitten said:
possibly passive income, recruitment, resupply stations. Unless you will be able to build ships on capital ships. I do agree with you xD
Click to expand...
And I also think that capital ships shall be built on specialized stations. And only on them.
Maybe unique resources from certain moons will give uniquie benefits to capital ships.

Croomar said:
With civilian capital ships being indestructible and movable home bases, what reason is there for players to build stations at all, apart from a possible cost factor?
Click to expand...
with a station there is no all endos have to be present or will be left behind in case of Warp Jump problem
just imagine someone can't make it to the jump and will be left 36000km behind... (just let me say this, I flew to 2 moons and it's not exactly fun to get up at 4 am to change the rods and adjust the prop tanks and stuff and not once, but for days^^)
as long as there is no attach Endo to jumping ship that could pose a slight problem, one you wouldn't have with a station


hawksfield said:
surround your station with Civilian Capital Ships and you cant be attacked?
Click to expand...
why would you even bother?
when CivCSs are so much more expensive compared to a station, you could literally have hundreds of reserve stations in case of one being attacked
also, the CivCSs are less vulnerable then the station in the first place, and when you have so many of those to build a literall wall around a station, you would have so many resources that one station shouldn't matter (except for symbolic value)
only problem I see is CivCSs interfering with Combat zones, maybe they will be pushed away (like automatically evade combat zones) or some other mechanic will be triggered
I just hope they can't be used as a shield to prevent combat zones from being created because of them being parked at points of interest
You must log in or register to reply here.
Share: Facebook Twitter Reddit Pinterest Tumblr WhatsApp Email Link
Top