So my suggestion is not based on the current state of the game as there probably aren't enough 'opportunities' for pirating to be viable. But I wanted to discuss my issue with piracy based on what this game could be and what I have seen from other games.
My issue with piracy is that as a player I could describe someone as a pirate based on their actions towards me for example looting/killing me but the game and not necessarily anybody else will. The problem with this is that if we had a number of players who are basically civilized people living in an area like origin for example and another group who are pirates, the pirates could live in origin like ordinary civilians without any consequences other than maybe having a bad reputation. I could be next door neighbours at my lot in origin with someone who killed me the moment I left the safezone, and they could return right after it and store my loot or even sell it back to me like its an ordinary thing. This kind of system just encourages the kill on sight mentality we see in other games, at any moment anyone I see outside the safezone could decide to kill me because its just really convenient, they can worry less about potential threats, they may get some good loot, and all it costs is some ammunition and a bad reputation towards 1 individual or their faction. It also doesn't make much sense from an RP perspective, pirates live just like everyone else, there is no justice system chasing after them, they basically just completely win in the short term at least if they are able to get their loot back to a safezone. Also its not like its just pirates vs innocents, if I saw two people fighting outside the sz I most likely won't be able to tell who is in the right, so the unsafe zone might just become a free for all, so it would be nice to know who is who as supporting other innocent people can help me as well.
My suggestion is to somehow make players think twice about becoming a pirate, and not allowing pirates to 'live' like lawful people. I feel this is necessary to avoid that kill on sight mentality, whether pirating is viable now or not. One suggestion is to make it clear from a player's CV whether they are a pirate or not, and also maybe even changing the colour of their transponder signal.
I am not discouraging the free for all nature of the unsafe zone but rather I think players should be given more information immediately and also to limit interactions of pirates with non pirates inside safezones as otherwise anyone can become a pirate when it suits them.

There is a system being worked on to address the issue. 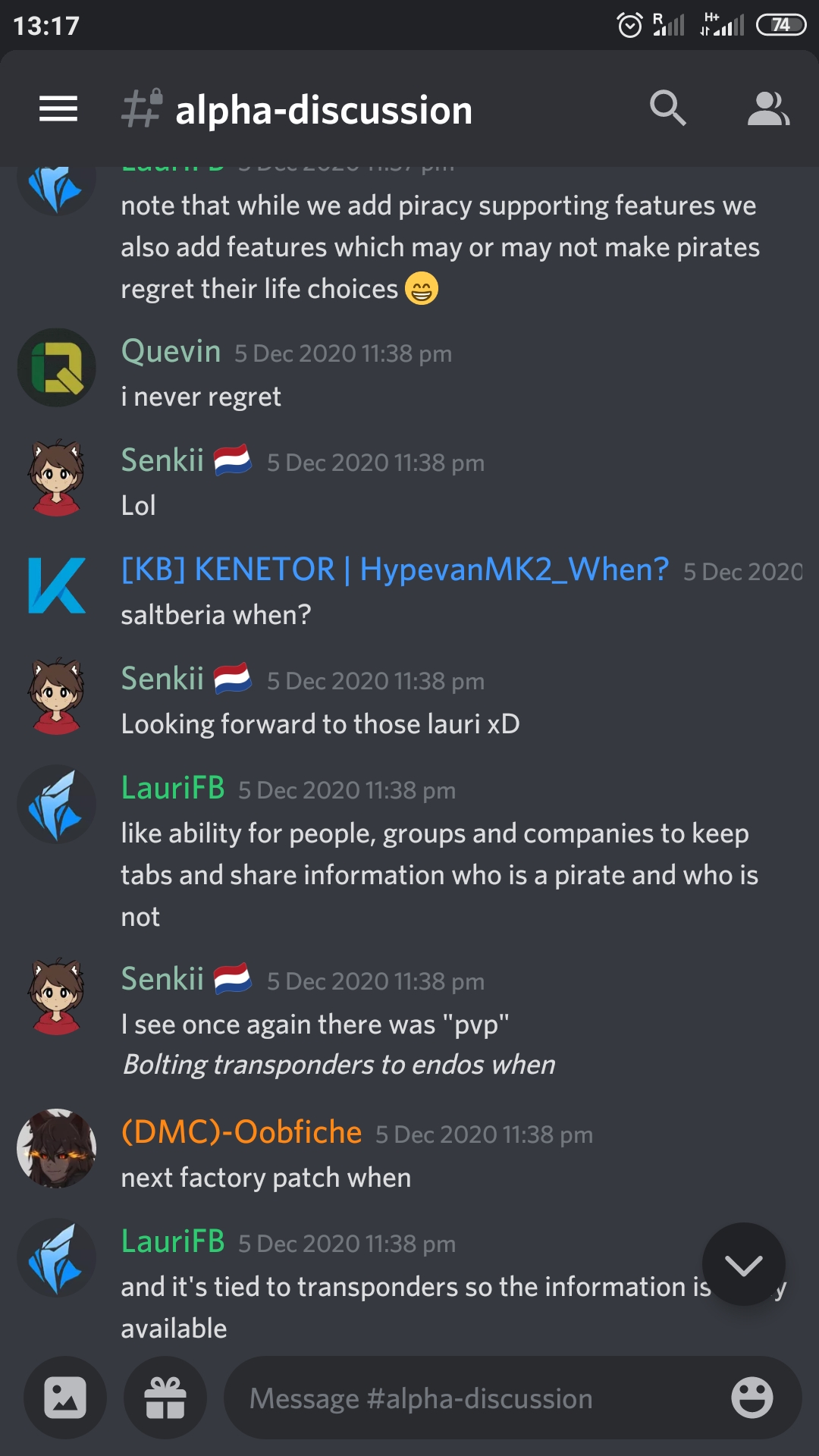 Don't know their exact plans, but maybe they'll do something similar to my old suggestion.

Basically you can tag someone as "bad guy" or a "friend".
Then when you check someone's cv you can see how many of your friends consider him/her a bad guy.